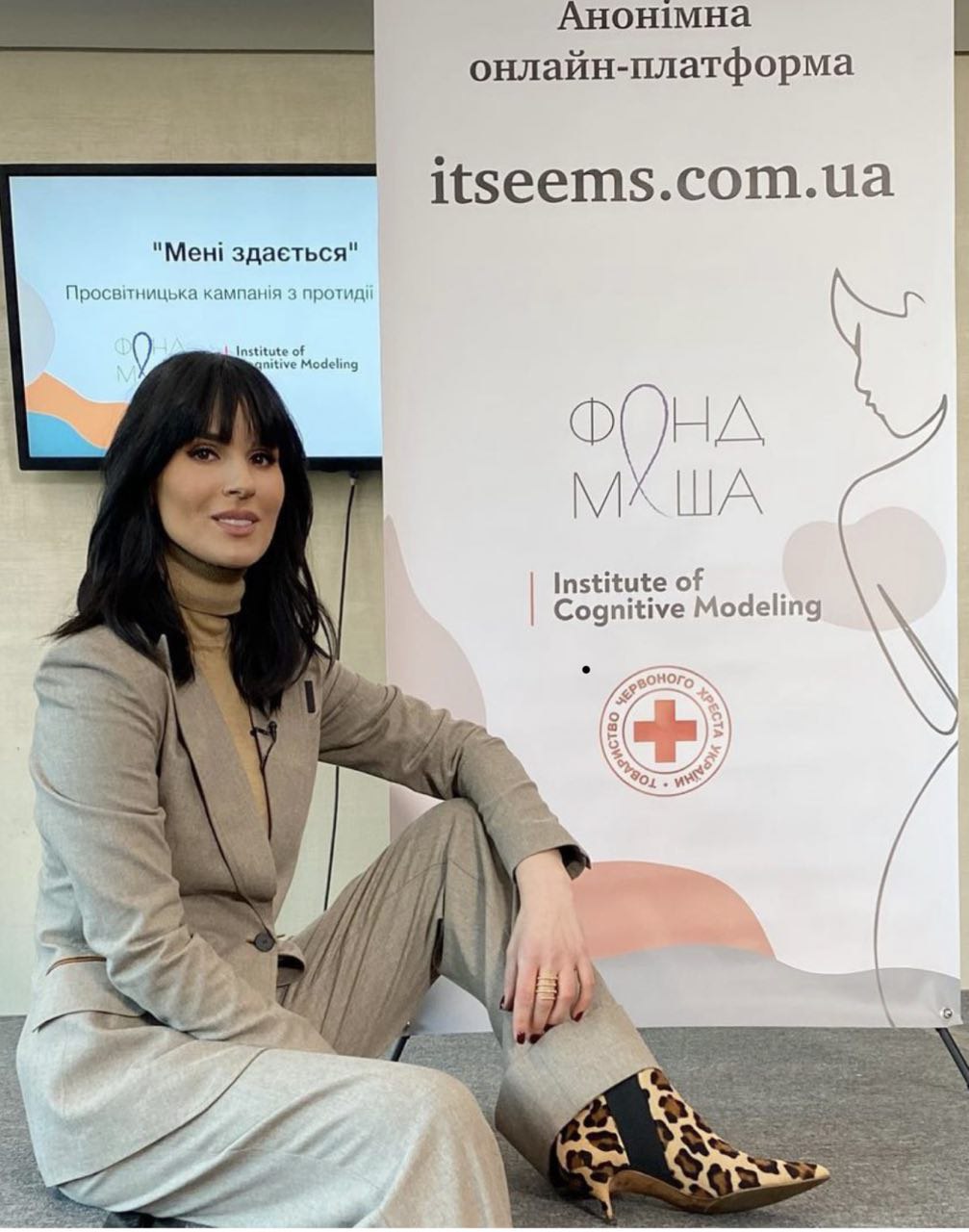 Participated in the development of the Presidential Decree “On urgent measures to prevent and counter domestic violence, gender-based violence, and protect the rights of persons who have suffered from such violence”

Actively supported the ratification of the Istanbul Convention, raised the importance of this issue in the mass media, held actions, round table discussions and conferences

Helped with the opening of a women shelter in Kyiv – a place where women can live, receive qualified help and protection

We established cooperation with all shelters for women and children in Ukraine. Humanitarian assistance distributions to shelters has been launched

The well-known Ukrainian TV presenter, actress, public figure, ideological inspirer of the series of charity events Charity weekend, Honorary Ambassador of the UN in the field of population in Ukraine Maria Efrosinina, the Institute of Cognitive Modeling and the Red Cross Society of Ukraine launched the All-Ukrainian educational campaign “It seems to me” itseems.com.ua for fight against the large-scale problem of domestic violence. It is symbolic that the event took place at the Olimpiyskiy National Sports Complex. According to Efrosinina, this choice was made to show the real scale of the problem. According to official data, approximately 1.8 million people, or the number of people to fill 25 such stadiums, suffer at the hands of abusers every year.

The first stage of the campaign was the “It seems to me” online platform launch — a kind of diary, on the pages of which victims of violence can tell their stories anonymously or read the stories of those who are also going through a difficult phase. In addition, on the platform you can find contacts of special services, whom you can turn to for help. 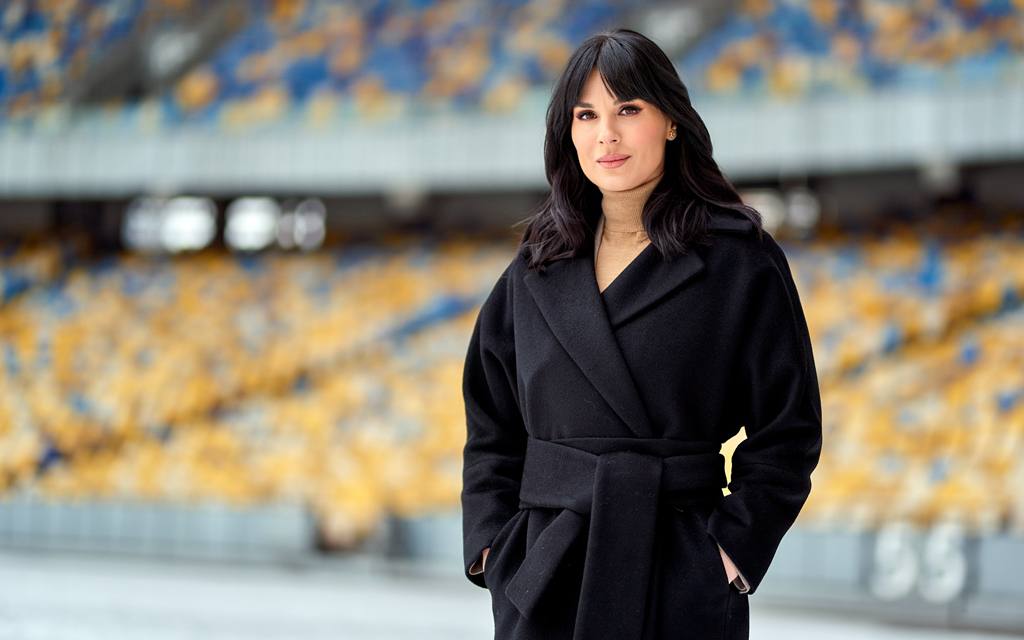 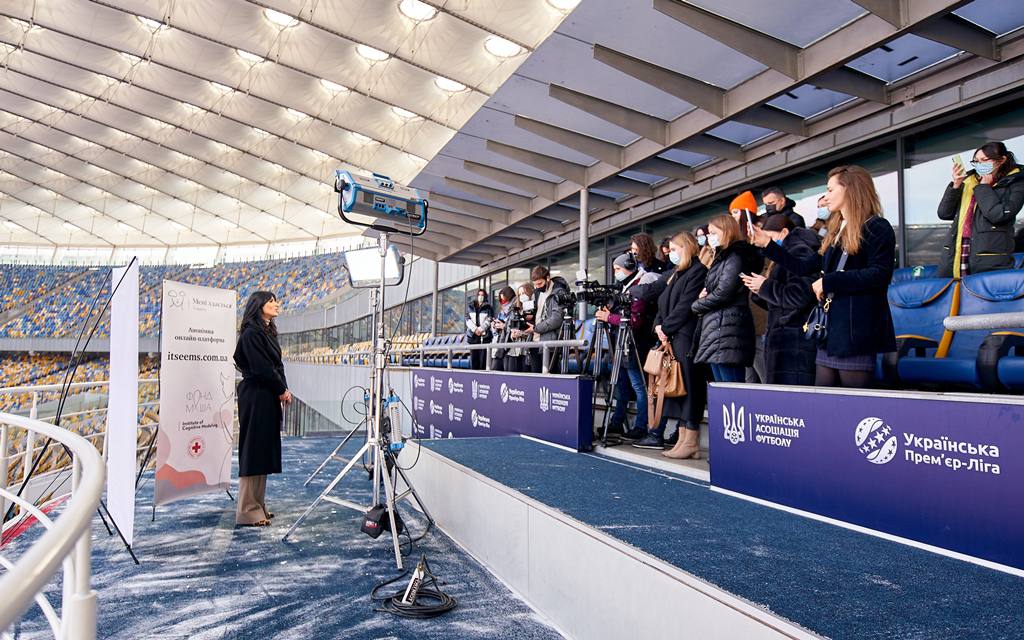